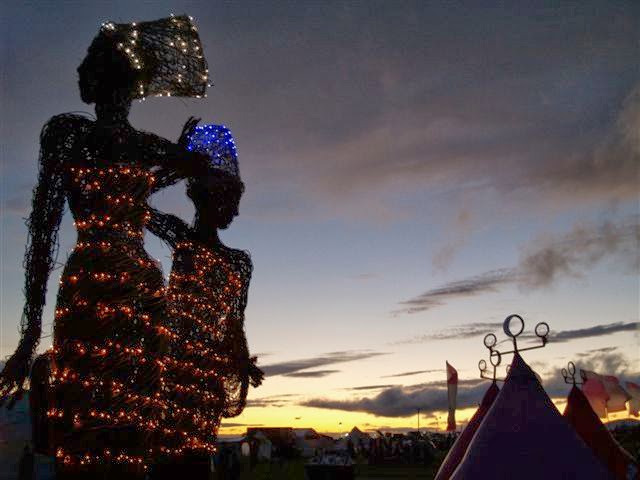 Last festival of the year, and a great way to end it. A second appearance at Solfest, the first time being 2004, the first year for the festival. Its great to see what Glastonbury must have been like in its infancy appear in the lovely location of Cumbria.

After working from 7am driving like a loon around the Welsh Valleys, i sped back home with the speed of a thousand Gazelles to chuck my stuff in the car and get going. What meant to be a quick brew in Pershore while i dropped my dogs off for the weekend turned into a couple of hours.....time was ticking. 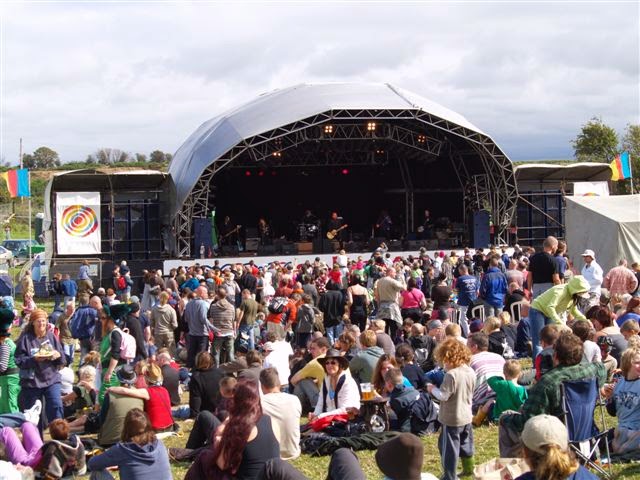 I finally left the Pershore Lair, and headed straight for the motorway at Worcester, leaving behind two very confused dogs. Hit the motorway dead on 1am. I was stocked up with one litre of coffee, nibbles, and the BBC adaptation of Lord Of The Rings to keep me going. I loves driving this time of night......i flew. It wasn't till i got near the Lakes i needed to stop and have a break......wide awake, but needing coffee and a stretch.

The whole trip through Lancashire gave me warm memories of my childhood. Familiar sites and names of towns. I went to the lakes so many times as a kid I've lost count, but i still remember the usual whine to my Dad...."are we there yet" NO!!!!.

I finally reached the festival site at 4.30 ish. The odd drunk walking down the lanes. I found the entrance for artists, and grabbed a steward to direct me to the artist camping area. She didn't have a clue....she pointed me to another steward....he was drunk, and so where the people he was with. I got some kind of directions, but it ended in the left, then right,...right! right ok, no left.....forget it, i as 90% sure it as the gate way id passed on the way, so i left them staggering off towards the stone circle, i went back to the car and tried my luck in the site. I abandoned my car by the portaloos, and walked, and quickly found Fort Horse, the vehicles tend to stick out like a baboons bot. I homed in on the snoring from Stans tent and the farting from Rhaynes...yup, this is it. 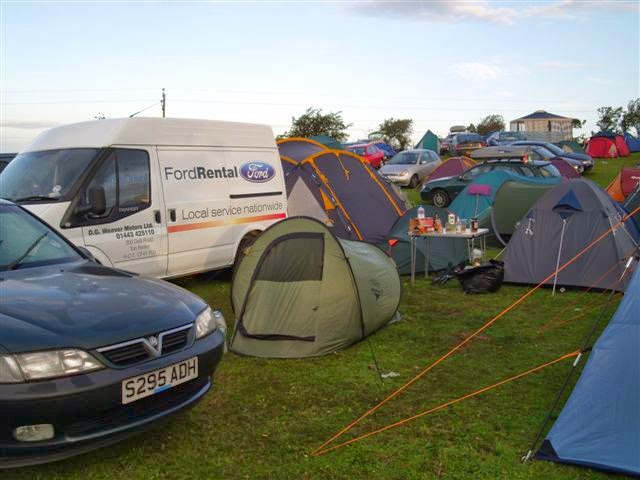 I had to work my way through the maze of guy ropes and camping gear , drive to the top, swear several times due to lack of turning space, and reverse back. I eventually came to rest along side the others. it was now beyond putting a tent up...no space, so i just dragged out my air bed, folded down the seats of the car and shoved quilt, pillows and valuables in the back then realised that my brand new air bed pump that id bought a few hours earlier was still in the office at work....bugger.

The attempt to blow the air bed by mouth was pretty poor, but i didn't care. Stan staggered out of his tent...fag already in gob, and tried to focus on this strange site of me wrestling with an air bed it, must have looked well dodgy. We chatted for a few mins then crashed out. 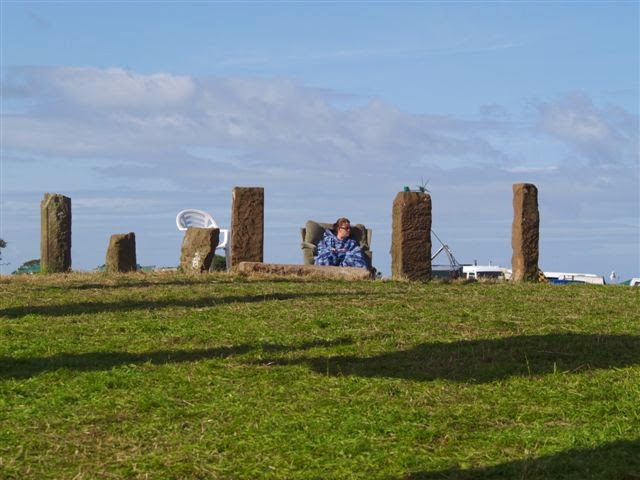 First to up.....Nic, and then me (typical). So, we sat in the van guzzling coffee and chatting while the others slowly surfaced.

It was soon munchies time...via the portaloo. Mike came back with a smart looking bacon roll......trotters n all......so that set me and Stan off on a hunt. Two egg n bacon rolls later, and couple of coffees we were ready to take on the world....well, the portaloos anyway.

The whole day was a blur of drinking coffee, wandering around the stalls, and chatting. It was a chance to take in the atmosphere and see what the festival had to offer. 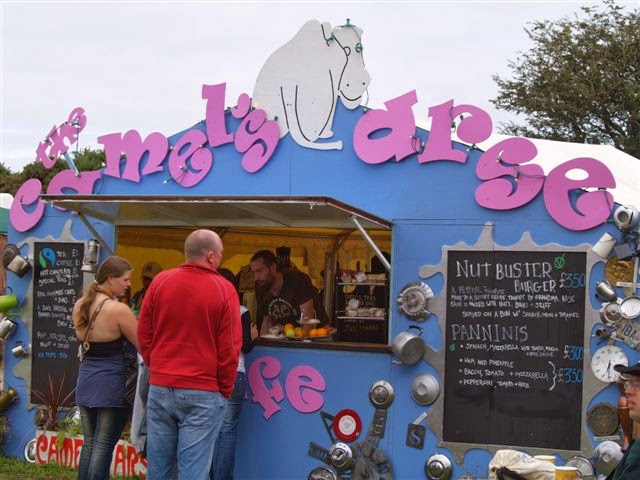 The set up as generally the same as 2004, just much more included. The dance tent had been moved and was a much better set up. Many more stalls and food outlets. The Camels Arse and the Porridge stand were excellent. We had a wander towards the drystone wall stage and got more coffee. Bojangles were playing away at the top of the slope, i stopped off to take some pics (now on their webpage....ta for the credit guys ... hell, even the BBC credited me for womad '03). There was also a small pyramid in the middle of the arena which lit up at nightand shone projections through clouds of dry ice! 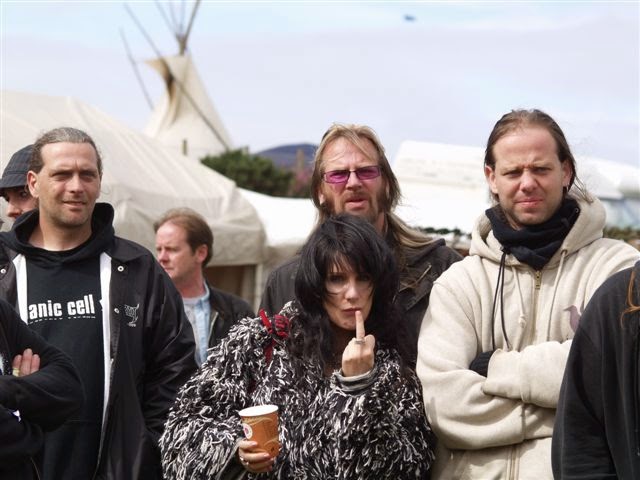 It was the usual stuff you would expect to see at the stands of a festival nature, but i had a nose all the same. I wandered off taking pics.

Soon the need to sleep caught up, and since the bands start time was 12.45 ish it was an all round decision to hit the hay and grab some sleep while we had the chance. Four hours later...i woke.

The moment i woke, i just knew Mike would have been lurking with a camera.....and i was right. After getting some grub, we just sat and chilled, and gassed the last available time away before having to move the van up to the stage area. The Undertones were playing away while we walked up. Nic drove the van up. I had to abandon duty, and find the loo. I don't think the Cumberland sausage agreed with me, so off i waddled like a penguin with its knickers round its ankles and headed for the nearest available loo. I was gone some time....was feeling a bit dodgy, in fact by the time id sorted myself out, the band had been playing for two mins. 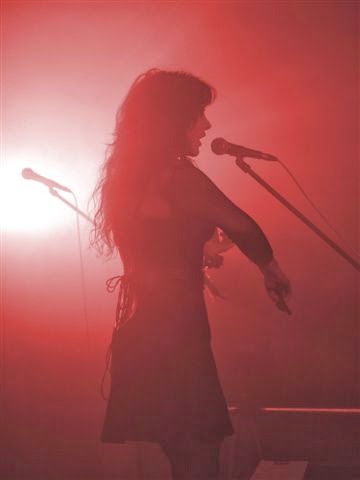 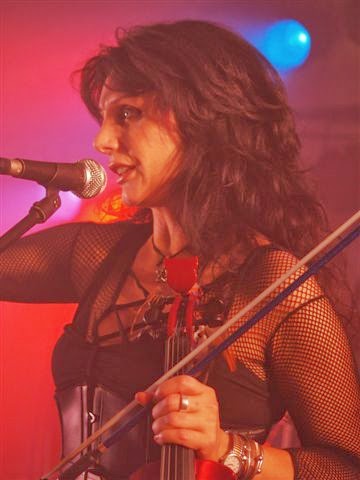 The stage was a reasonable size, with a great light system. We had a look earlier in the day, and it was nice to see they had taken on board Jays request to remove the large pink sheeting on the front barriers and keep the dry ice down to a decent level. I think the word muttered were ... back in 10 mins ... and flame thrower, or something like that. Actually the guys working the stage were really cool and couldn't help enough. 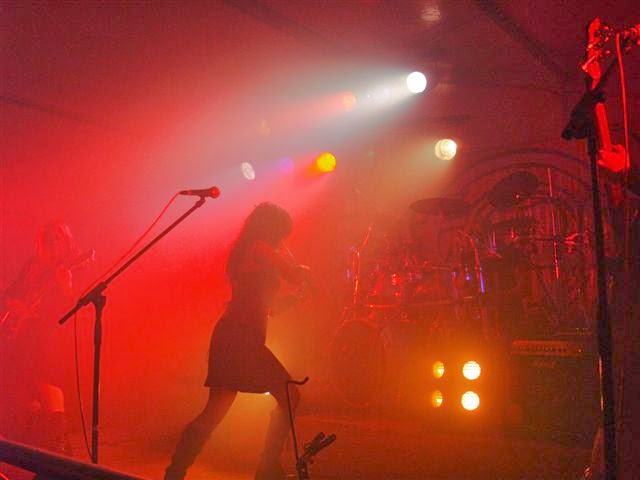 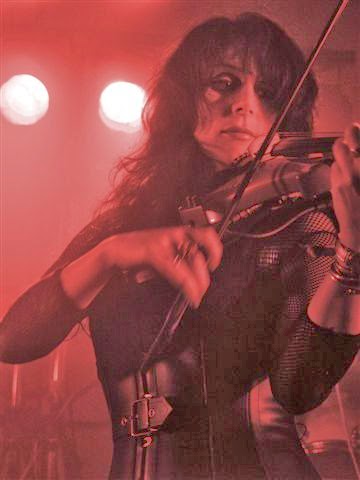 The venue was full of people having a blast and really getting into it.
The set itself was more or less the same played at recent festivals.
Lizzy, even at 1am still looked stunning as ever and danced the night away. The whole band played their hearts out, and had the crowd dancing the early hours away. 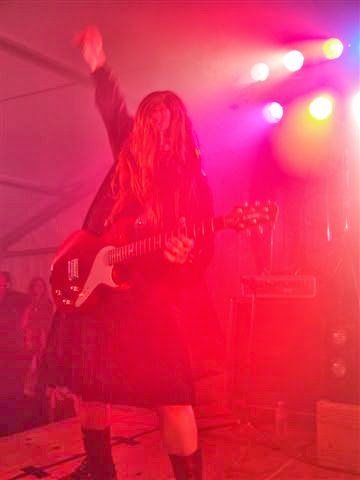 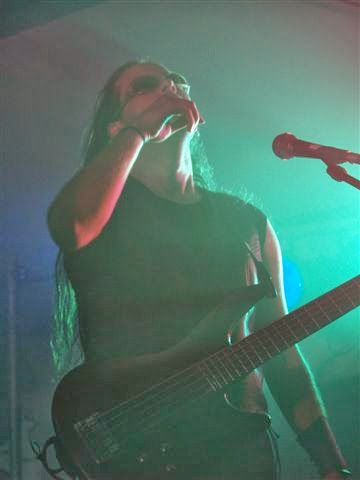 Most of these people had never seen Bluehorses before, but the crowd around Bob n Hevs stall showed what an impact they had. Many hand shakes from the crowd at the end of the set, and autographs given. 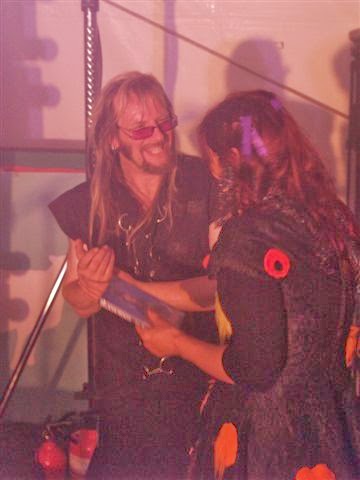 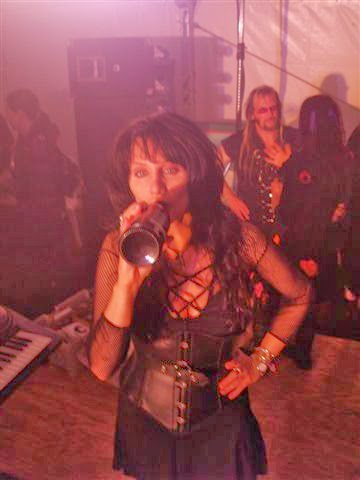 After the crowds had cleared, we quickly packed away the gear and headed off back to Fort Horse for coffee. A usual the wind down wasn't over quickly, coffee, chatting etc back at base till it was really time to collapse in our pits.

The sleep in didn't last long, we didn't really hit the hay till must have been 4.30 - 5am....at a guess. We all seemed to surface fairly early, probably down to the little darlings playing an instrument at 7am a few tents over. Should we send over Lizzy to politely ask them to shut the hell up, or maybe send Jay over wearing nothing but New rocks and armed with a plastic crow, or the final option....Stan and me just go and dive on the tent.. However, the whole site was woke by the sound of the air ambulance flying over head. It must be serious to have them sent. Unfortunately a woman on the camp site had been having chest pains, and sadly died. A tragic and sad way to end our time at Solfest.

We all staggered off for a porridge breakfast and coffee overdose before packing up and heading home. All i had to do was get in the car and drive....i didn't actually unpack anything. 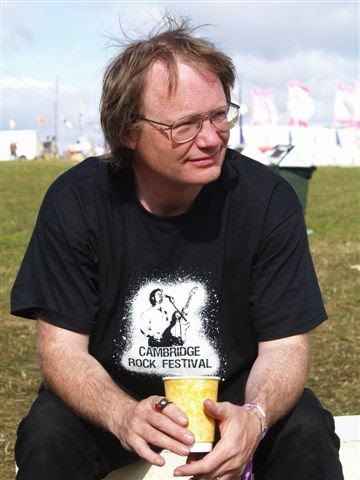 The trip back was sound, no hold ups, a clear run all the way. A brief stop at Sandbach Services for a few mins shut eye, a coffee, and a stretch, and i was fine, home in no time.

Solfest had managed to provide an excellent festival, and improved it in many ways. Like Farmer Phils, it has the right kinda people going, who truly appreciate festival life. Its also organised and run by dedicated festival lovers not for major financial reasons, but for the love of festivals and the area they live in, and as long as that attitude remains, it will always be a successful and well loved festival.

Massive thanks again to Simon & Sarah & all of the crew who made such a special effort to put on such a brilliant event.