The day we went to Baltonsbourough

A night out for the crew ... While the band were hard at work laying down tracks for the new album, Stan, Andy and Mike went off to see Primaeval at a village hall in Baltonsborough - a little village close to Glastonbury.

This is a recent outfit which includes :-
We were intrigued to see what Jonathan was up to, and also see how this vision of medieval music would come out. 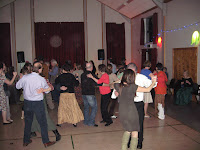 As we all arrived the evening was starting with a dance masterclass.. The 3 of us we conspicuous by our absence from the dance floor and retired to the outer extremities for a spot of people watching. 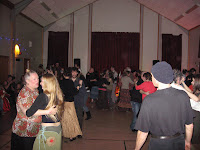 Once everyone had been introduced to the various different dance steps - Waltzes and many forms of line dance - "achy breaky heart" sty lee. 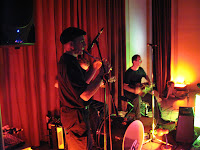 There was a brief interlude before the concert proper started - time for all the nicotine sufferers to make a break for the leper colony. 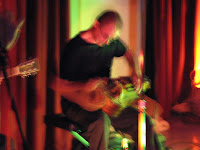 As each tune commenced, it was introduced with the dance style and a brief reminder of the steps .....

but in general it did seem to be "make it up as you go along". I kept waiting ot see if anyone broke out into the hokey cokey, but they were taking oit far too serious for any japes.

The concert finished on the dot of 10 pm ... just in time to watch the lunar eclipse.

It would not be right if Mike did not video a bit of the proceedings ... this was done on a small digital camera and the sound was as heard by the camera, but it does give a good impression of the evening.