This year Stan reached his half century. The last 12 of those he has been deeply involved around Bluehorses, doing the driving and the backline technician roles, however he is fondly viewed from the fans side as "the person who swaps Lizzie's instruments during the live shows.

On the 28th October his friends in Weston-Super-Mare arranged a party, and some of the Bluehorses entourage blagged their way in.

This is a general recollection from the event, giving an overview of the people, and finishes with a little of Stan at the mic!

More dodgy video from the event - this time Liz and Stan singing Karaoke to "Stand and Deliver".

Andy created a tribute to Stan for his birthday.

He collected a number of photographs from the previous 5 years, and there was no need for words, as the memories came flooding back. 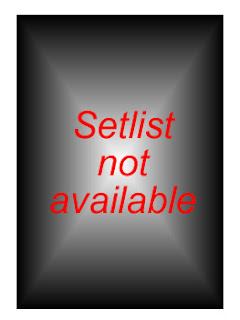 Pictures from the show are available in the photo gallery here

I was looking forward to this gig, just as much as any other, but with the added fun of returning to Southampton...the last time being 2003. A first for Jay as a Bluehorse, and also a happy return to The Brook.

I was meeting Jay, Ruth and Rob on route. We met up just off the M4 at Wooten Basset. My car was abandoned here, and we drove down together...a trouble free journey straight to The Brook...sorted.

It wasnt long before Rob, Nic, Lizzy and Stan arrived. The lovley people at The Brook pointed out the kettle...

The gear was soon carried in, and and put on the stage. Here we had our first encounter with that lovley bloke...Shaggy, The Brooks sound engineer. The gear was soon put up. The drum kit had to be placed slightly to one side due to the stage door being slap bang in the middle of the back wall.

The sound check was made easier due to having Shaggy, the guy was a star, and knew his stuff. It usually takes a while to get the sound right, and as Shaggy said...."i dont mind bands being fussy about the sound, as long as theyre nice people, and the Bluehorses are just that, and a pleasure to work for".

As soon as everybody was happy, it was time to get some grub and relax. We were recommended the chippy down the road. Now, somebody did warn us that the portions were huge, but this was however an understatement. One portion per family was enough.

Back to the venue, get our bums back stage and settle down. The backstage area was really pretty cool compaired to some other venues..

The Brook soon started to fill up, many regular faces from the bands die hard fan base were present, including the lovley Mark and Ange.

Cabbage Train was the opener for tonights onslaught, and from the very first chordes, the Bluehorses fans danced, jumped, bounced and sang their hearts out.

Witch In Wedlock kept the pace up. The sound out front was excellent, no matter where you were. Dark Circle and Dya soon followed up.

Billy Boy was next up, and it was the first time for many of the local fans to hear it.....went down a storm. By now it was getting very sweaty down the front.

Next up Blackleg Miner, Ostara and then Mad Tom, all doing the trick. I wandered around the venue, including the balcony, and everybody was having a blast. The sound was still superb.

Now the moshing at the front of the stage kicked up a pace as Barbra Allen started, followed by Haslams Bits and Bigger Gun. Bluehorses were really on fire tonight and taking no prisoners.....the band and the fans fed of each others energy.....and the Bluehorses were on fine form as always, showing why they are one of the best live acts going.

Night Visit, Sitting Pretty, Gravel Walk and Skyclad followed, then the amazing Copland to finish off the last dregs of energy from the fans. While the band went off for the encore, the fans....without any hint from the band burst into the stan song.....Stan tried to hide, but im afraid one small amp isnt going to hide him.

Of course Twmballwm finished off the set, with the band member introductions, and the famous Stan song. The band gave their thanks to the fans, waved and left the stage leaving the packed venue extremely hot, sweaty, and satisfied knowing they had just had a top night out.

There was a frenzy at the Merch stand, Rob was drowning in people wanting to buy goodies, So, since Hev sadly couldnt make it tonight, i helped out. Plenty DVDs and CDs were sold.

The band soon came out to say hello and sign autographs.

As soon as the crowds had cleared the packing up started. One thing about a Bluehorses gig, the goodbyes and chatting takes twice as long as the packing up.

It was a cold night, as Bonfire night usually is. Despite the fact that it was the main night for firework displays, Bluehorses packed out The Brook, and after a three year gap, it showed just how well the good name of a top live band travels.

The band themselves had a great time, and they played their hearts out with the usual amount of energy and passion, and that showed with the reaction from the fans.

The Brook, as a venue i cant thank enough. To me its one of the finest live venues on the circuit, and matched with places like the Robin in Bilston. The facilities and staff were all fantastic, and it was a pleasure to play there.

A special thanks also must go to Shaggy, the sound engineer......top bloke.